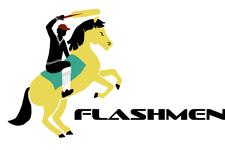 The Flashmen Cricket Club is an invitational outfit, which began

And the beat goes on. In recent years, The Flash have become anchored by old boys schooled in the United Kingdom. Our fixture list  reflects the sort of alumni who have played for us including but not limited to Royal Hospital, Brighton College, Eton, Harrow, Winchester, Cheltenham, Marlborough, Bradfield, Stowe old boys.  Our colours: teal (representing the combined abundant green found in the United Kingdom), the Gold (representing the sun of the southern hemisphere) and the burgundy/red for St George. The orginal limited edition tricolore which is no longer made, was green, gold and black.

Our ethos says come and play with us, but be prepared to be an ambassador for the game of cricket by striving for excellence in execution- but always maintaining a joie de vivre and fair play. Bring delight to those watching and those playing beside you. And for goodness sake remember  those Corinthian values that we represent each time we take the square.

Over the years we have resisted invitations to increase our fixture card beyond our self-imposed limit of around twelve matches. Our rationale is to maintain a high quality fixture in terms of location and cricket standard that engenders heritage in the contest and expands friendships in the game. We believe in providing a worthy examination of cricketing prowess and consistency of fixture provided the opposition embrace similar values that a day playing cricket is one gained not lost.

Over the past several years the Flashmen are proud to have a 92% win rate and it is a record we are keen to improve. We strongly encourage girlfriends, wives, children and all friends to feel welcome to attend, not least because we are honoured to play at grounds that are a pleasure to behold. Thank you for visiting.